Campaigns:
Charity Car Show at the Abbots Barton Hotel, Canterbury
Draw Out The Lion In You Campaign
Fiona Tande is skydiving for lions
Grow your own Mane
Hillary Olomi is skydiving for lions
How to put on a Ladies Maasai Beaded Bracelet
Innovative predator/livestock conflict mitigation pilot programme in Kenya
Jeff Langum "The Langum Lion"
John Loizides - Torbay Half Marathon
LeoLites Cycle ride from London to Bruges
LionAid Pub Darts Challenge in Kent

Displaying thumbnails 1 to 1 out of 1 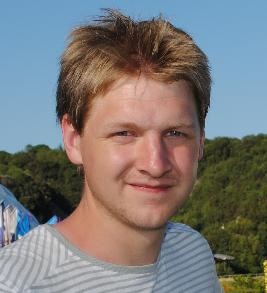 Matthew has donated to our campaign "New Ways Forward for Lion Conservation in Zambia and Kenya".

Your support is, as always, very much appreciated

New Ways Forward for Lion Conservation in Zambia and Kenya

We will travel to Zambia on June 19th  to address lion conservation issues with various parties, hoping to maintain the lion trophy hunting ban until some serious issues have been sorted out, especially with the disparity between government lion numbers (over 4,500) and our estimates (maybe 850).  There are a number of important lion conservation issues to be addressed especially the need for a nationwide census and the formulation of a national Lion Action Plan.

We will then travel on to Kenya (28th June – 7th July) and will conduct a number of meetings while we are there to benefit lion conservation. Kenya already has a long time ban on lion trophy hunting in place but traditionally suffers from human/lion conflicts and now, in addition, is facing a huge upsurge in lion poaching as the demand for lion bones ( Traditional Chinese Medicine market)  reaches unprecedented levels. We believe Kenya has no more than 1200 lions left across the country. Our aim is to integrate outcomes of meetings with four different groups into an overall strategy to be brought forward, building on consensus to hopefully find formulas for improved lion conservation.

We have launched an appeal for urgent funding for this trip and we are absolutely delighted that the following people have already shown their love of lions by donating to the cause: