Displaying thumbnails 1 to 6 out of 8

Meeting the Maasai Elders in Olepolos 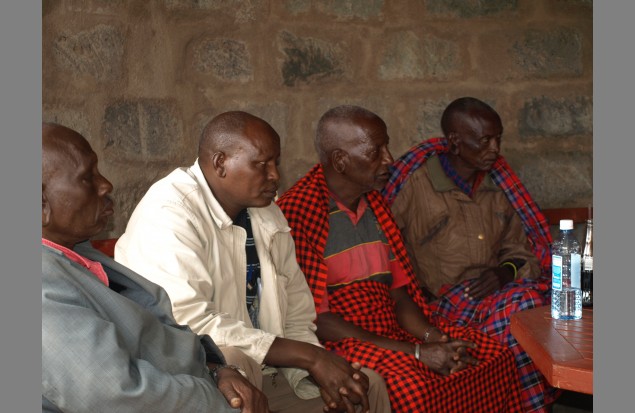 Our first important discussion in June 2013 with the Maasai Elders in Olepolos, Kenya

In June this year, Pieter and Chris from LionAid went out to Kenya to explore ways in which we could work together pastoral communities to bring a fresh resolution to the predator-livestock conflict that has proved to one of the most challenging issues in predator conservation. Retaliation against predators is one of the significant factors contributing to the catastrophic decline in lion populations.

Communities are often expected to live with predators but can experience substantial livestock losses. In addition pastoralists often have to invest considerable resources in livestock herding, guarding and predator control, adding significantly to cycles of poverty among rural communities. In many African pastoralist societies, livestock also has a cultural value exceeding economic worth as cattle are valued for social, political, cultural and religious reasons. Livestock assets are the primary form of wealth acquisition and storage in these communities, and such assets are particularly vulnerable to coexistence with predators.